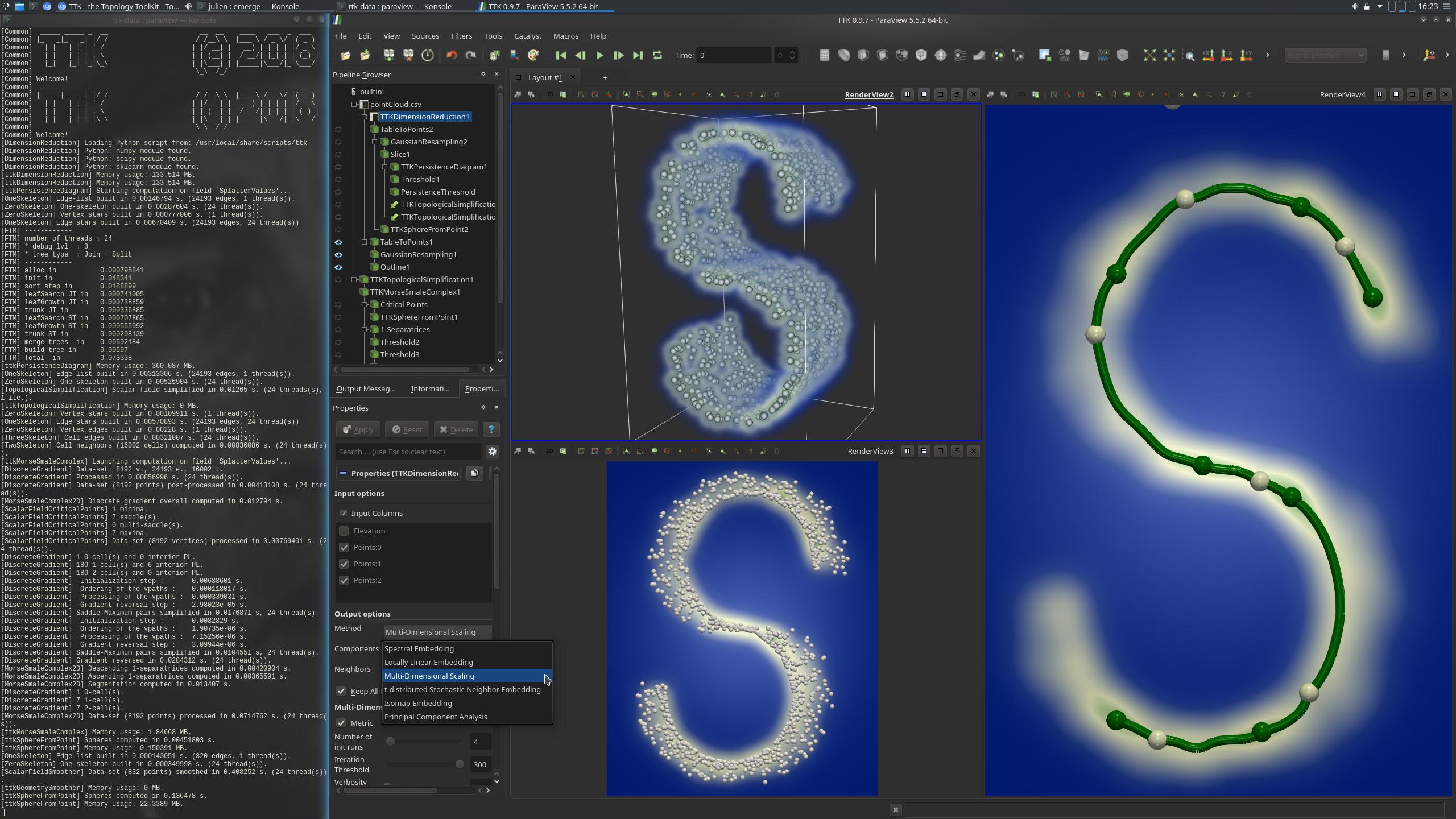 This example first loads a point cloud from disk.

In a pre-processing, the DimensionReduction is used to reduce the dimension of the input to 2D points. The data is then converted to a format understandable by Paraview using the TableToPoints filter. GaussianResampling is applied to the data (upper left view in the above screenshot). This filter has the effect of injecting input points to a structured data. For each injection, each point will "splat", or distribute values to nearby vertices. The resulting SplatterValues field is a density estimation (with a Gaussian kernel) of the point cloud projected in 2D.

Then, the PersistenceDiagram of a slice of the obtained data is computed and thresholds are applied based on persistence to maintain only the most persistent features. This results in a simplified persistence diagram.

The simplified persistence diagram is then used as a constraint for the TopologicalSimplification of the input scalar data.