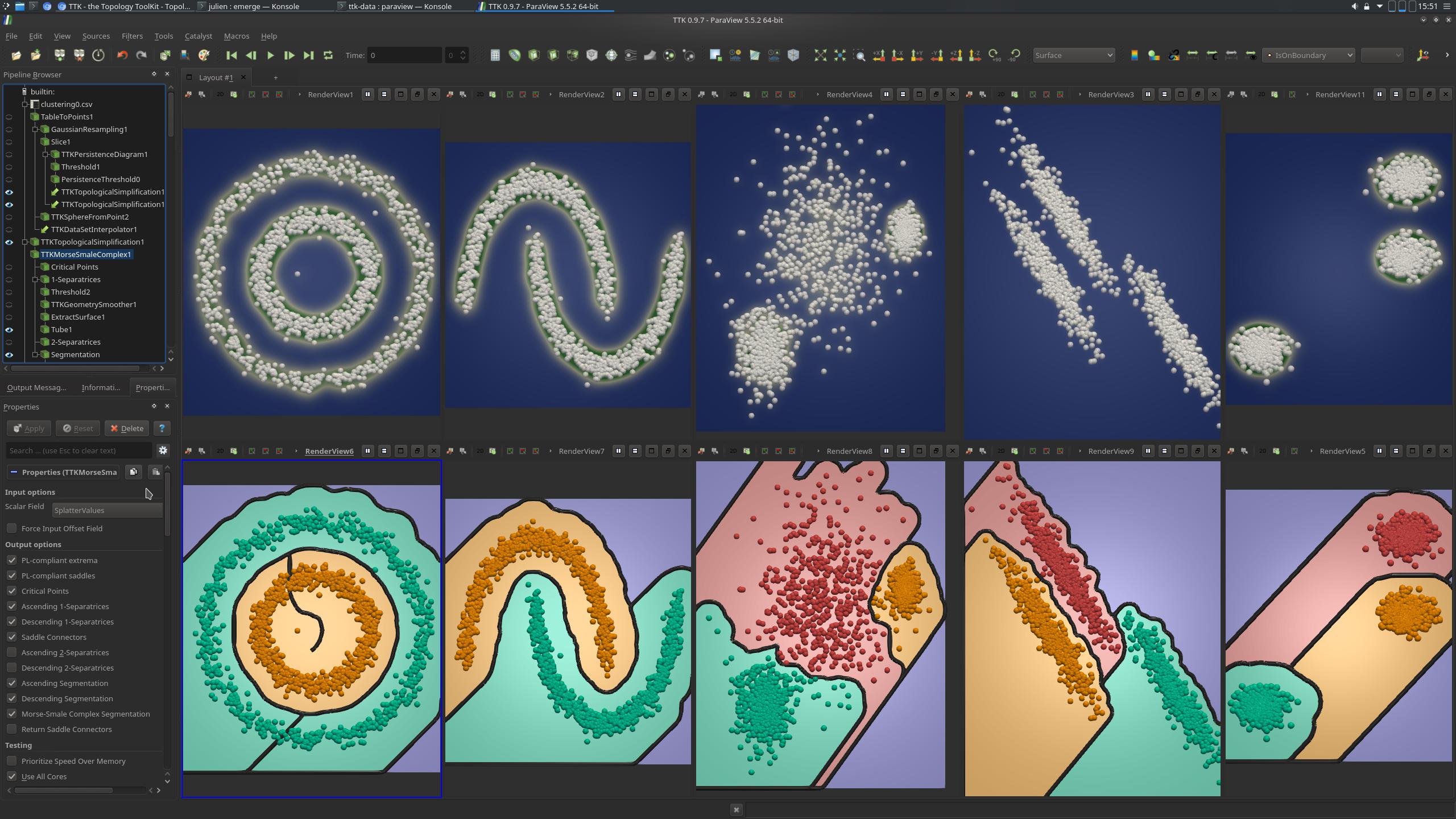 The Persistence Clustering Gallery is composed of the following examples (from left to right):

Each example is explained in more details in its own documentation and is shown in the above screenshot in a pair of images, one showing the dataset (upper half), the other showing the results of the pipeline (bottom half).

All examples of the Gallery have a similar pipeline.

First, it loads a point cloud from disk, then it computes a mesh on which a density field is obtained with a Gaussian Resampling on the points (top view in the above screenshot). This density field will be considered as the input scalar data.

Next, a PersistenceDiagram is computed and thresholds are applied base on persistence to maintain only the features with a persistence above a certain value. The result is a simplified persistence diagram.

The simplified persistence diagram is then used as a constraint for the TopologicalSimplification of the input scalar data, giving us a simplified data.

From there a MorseSmaleComplex is computed (bottom view in the above screenshot) then smoothed. Finally, by using the identifier of the 2-dimension cell of the Morse Smale complex where one point lands, a cluster is given to it.