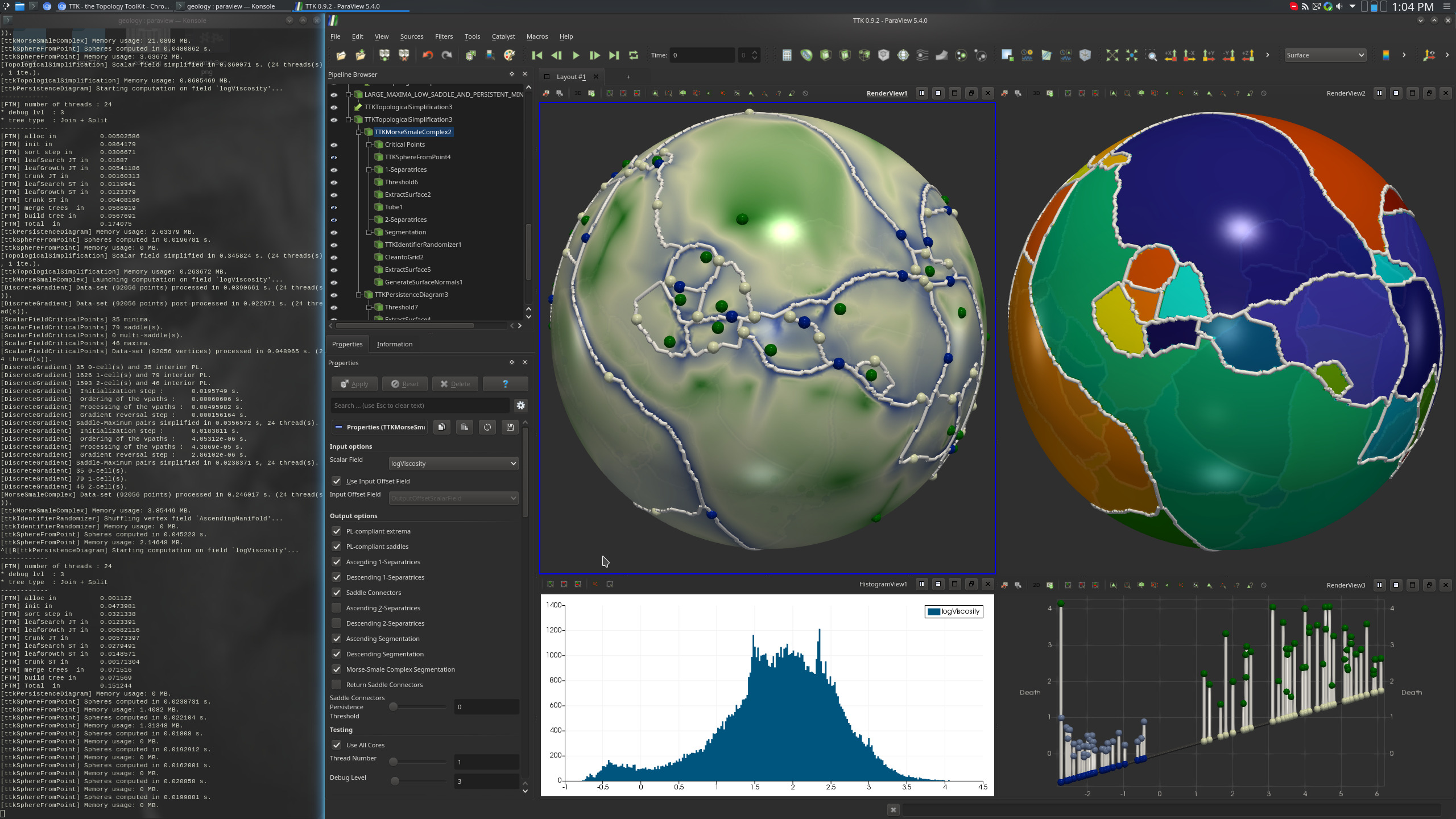 This example processes a two-dimensional geophysics model of the Earth surface to segment it according to the tectonic plates.

The outer surface of the data-set is first extracted with a combination of ParaView's Connectivity and Threshold. Then, the log10 of the Viscosity scalar field is computed with a Calculator (bottom-right view on the above screenshot).

Finally, the IdentifierRandomizer filter is used to color neighbor cells with a distinct color (top right view on the above screenshot).